The Canadians called it the Promised Land. In late September 1944, the Emilia-Romagna plain before I Canadian Corps stretched to the far horizon—a deceptively wide-open space where surely the tanks could run free. Throughout British Eighth Army, hopes ran high that once it entered the plain, the Germans could be driven from Italy. As soon as the advance began, however, the region’s true nature was revealed: the land was criss-crossed by rivers, canals, and drainage ditches over which all bridges had been demolished.

With higher command urging haste, the Canadians entered upon a long and nightmarish series of battles to win crossings over each waterway, whose high banks provided the Germans with perfect defensive positions. Early fall rains caused rivers to spill their banks and transformed the countryside into the worst quagmire the soldiers had ever seen.

More than five months of battle followed, with weeks of hard fighting required to advance from one river to the next. Each month, conditions only worsened, and the casualty rates rose appallingly. Dreams of victory gone, most soldiers sought merely to survive. Doing that much required every measure of stamina, courage, and fighting skill they possessed.

The fifth and final Canadian Battle Series volume set in Italy, The River Battles tells the story of this campaign’s last and hardest months. In riveting detail and with his trademark “you-are-there” style, Mark Zuehlke shines a light on this forgotten chapter of Canada’s World War II experience.

“It is a remarkable volume filled with interesting detail about the battles…and is a worthy memorial to all those Canadians who fought in that inhospitable wetland.”

The Globe and Mail - Ken Mcgoogan

“As a Canadian military historian, Zuehlke…belongs to the elite.”

“These last battles are well-told by Victoria author Mark Zuehlke, a prolific, well-established veteran writer of our war history.” 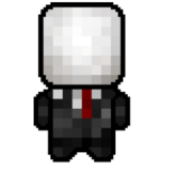 Mark Zuehlke is an award-winning author generally considered to be Canada’s foremost popular military historian. His Canadian Battle Series is the most exhaustive recounting of the battles and campaigns fought by any nation during World War II to have been written by a single author.
In recognition of his contribution to popularizing Canadian history, Mark was awarded the 2014 Governor General’s History Award for Popular Media: The Pierre Berton Award. In 2007, his For Honour’s Sake: The War of 1812 and the Brokering of an Uneasy Peace won the Canadian Author’s Association Lela Common Award for Canadian History. The Canadian Battle Series Holding Juno captured the City of Victoria Butler Book Prize in 2006. Mark is also an award winning mystery writer, whose popular Elias McCann series has garnered much critical praise in Canada and abroad. Set in storm-swept west Vancouver Island village of Tofino, the series follows the reluctant community coroner Elias McCann. Hands Like Clouds, the debut in this series, won the Crime Writer’s of Canada’s Arthur Ellis Award for the 2000 Best First Novel and the third instalment, Sweep Lotus, was nominated for the 2004 Arthur Ellis Best Novel. When not writing, this Victoria, British Columbia resident can often be found tinkering around the Fernwood heritage house he shares with partner and fellow writer Frances Backhouse. He enjoys hiking, backpacking, cycling, kayaking, travelling, and cooking.
Read more.